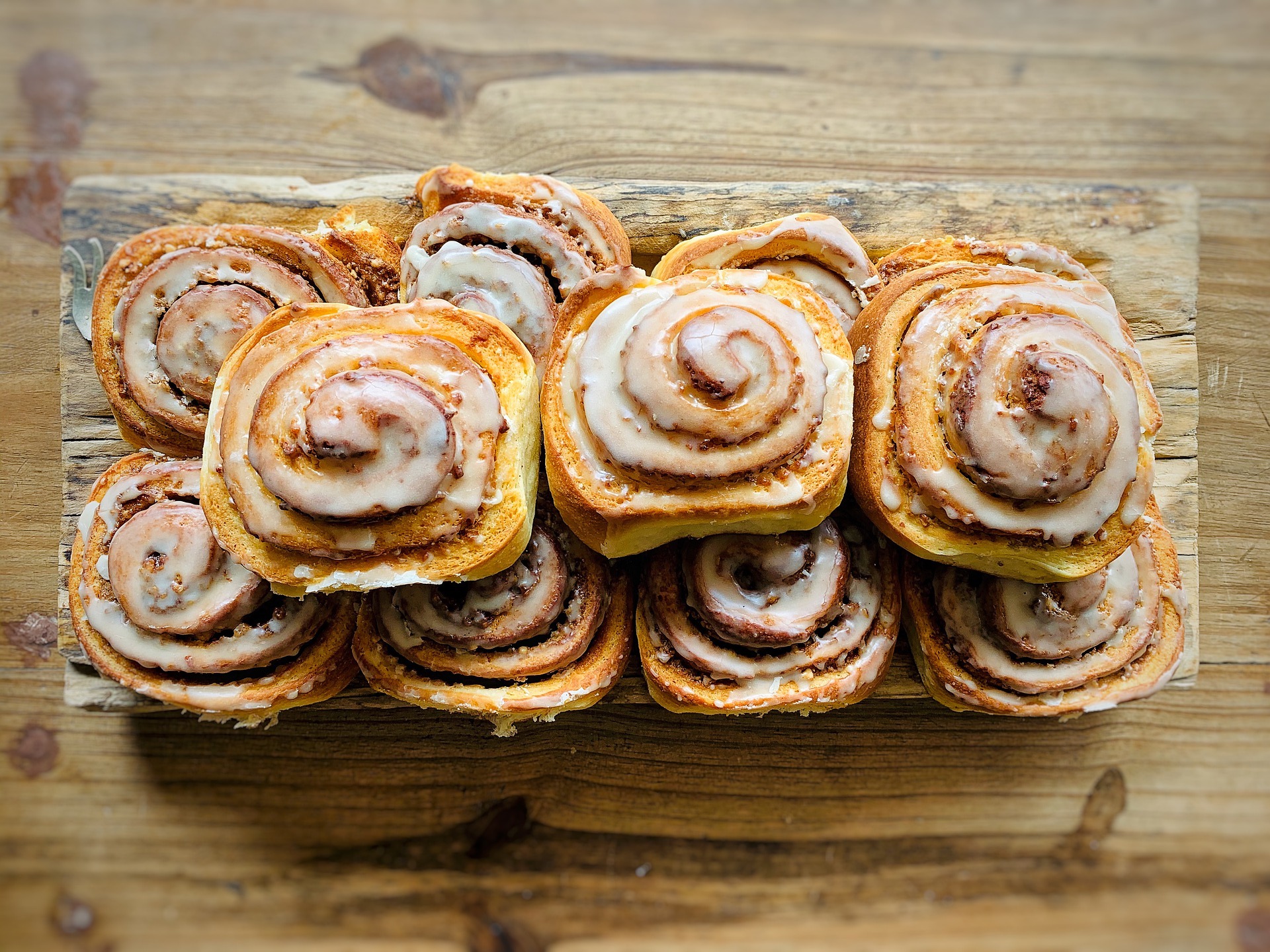 – For the dough, whisk together the almond milk, coconut oil, and sugar in a large bowl.
– Sprinkle the yeast evenly over the warm mixture and let set for 1 minute.
– Add 3 cups flour and ½ a teaspoon of salt to the milk mixture and mix with a wooden spoon until just combined. Knead into a ball and place back in the bowl.
– Cover the bowl with a tea towel and set in a warm place to rise for 20 minutes.
– Preheat oven to 350˚F (180˚C).
– After 20 minutes, the dough should have nearly doubled in size.
– Remove the towel and add an additional ½ cup of flour. Stir well, then turn out onto a well-floured surface.
– Knead the dough lightly, adding additional flour as necessary, until the dough just loses its stickiness and does not stick to the surface.
– Roll the dough out into a large rectangle, about ½-inch (1 cm) thick. Fix corners to make sure they are sharp and even.
– Mix together filling ingredients and spread evenly over the dough.
– Roll up the dough, forming a log, and pinch the seam closed. Place seam-side down. Trim off any unevenness on either end.
– Cut the log in half, then divide each half into 8 evenly sized pieces.
– Place 8 cinnamon rolls in each cake pan.
– Bake the cinnamon rolls in a preheated oven at 350˚F (180˚C) for 25-30 minutes, until golden brown.
– Make coconut condensed milk by mixing coconut cream and sugar in a sauce pan on a low heat.
– Mix until all the sugar has dissolved.
– Turn the heat up a little to a low simmer and leave it to simmer (do not stir) until it starts to foam.
– Scoop off the foam carefully and leave to simmer until the mixture has darkened slightly and until it’s reduced by half.
– While still warm, drizzle evenly with the glaze.