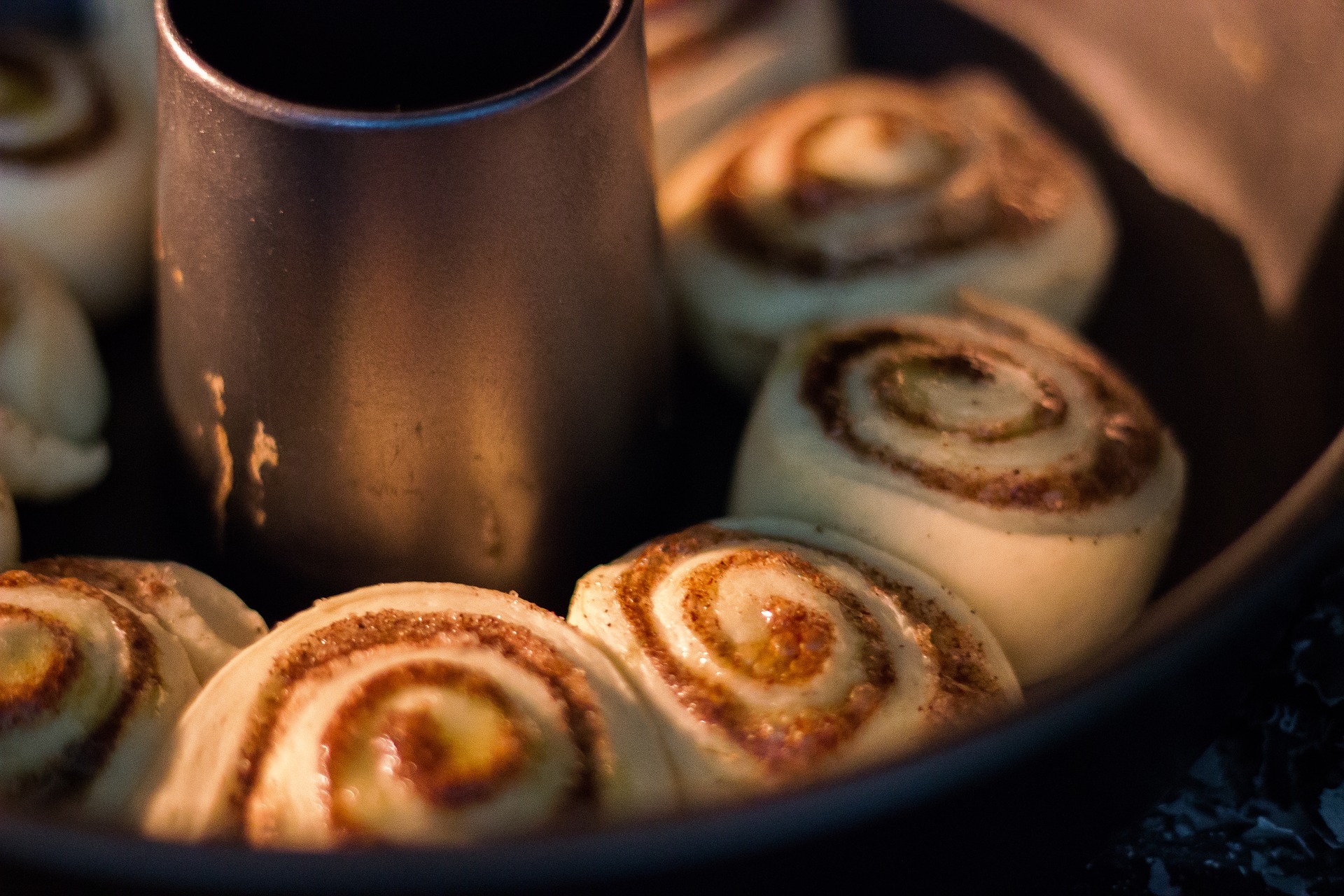 Method:
– Warm the vegan milk to a lukewarm temperature.
– Add warm milk, sugar and instant yeast to a bowl and whisk until the yeast has dissolved.
– Let it sit for 10 minutes or until starts to foam.
– Add coconut oil, flour and salt and bring together into a dough.
– Add additional flour, 1/3 cup at a time, as needed until the mixtures pulls away from the sides of the bowl. It should still be soft and slightly sticky.
– Knead for 3-4 minutes, until you have a fairly smooth ball of dough.
– Cover your dough with a tea towel and let it rest for 20 minutes or until doubled in size in a warm area.
– Knead the dough until it’s back to it’s original size.
– Use a rolling pin to roll the dough into a large rectangle, about 1/2 inch thick.
– Spread the 6 tablespoons softened vegan butter over the rolled dough, leaving an inch around the edges. Sprinkle the brown sugar, then the cinnamon on top of the butter.
– Starting with the long end closest to you, roll the dough into a tight log. Place seam side down. Using a serrated knife, cut off the two ends. Then slice into 12 rolls. Place the rolls into a baking tin of choice, lined with grease proof paper.
– Cover with a tea towel and let it rest in a warm area for another 20 minutes.
– Preheat your oven to 200 degrees
– Bake for 20-25 minutes or until golden brown.
– Cover with a tea towel and allow to cool slightly.
– For the icing make coconut condensed milk by mixing coconut cream and sugar in a sauce pan on a low heat.
– Mix until all the sugar has dissolved.
– Turn the heat up a little to a low simmer and leave it to simmer (do not stir) until it starts to foam.
– Leave to simmer until the mixture has darkened slightly and until it’s reduced by half.
– Take off the heat and combine with your previously prepared coconut yogurt.
– While still warm, drizzle evenly with the glaze.