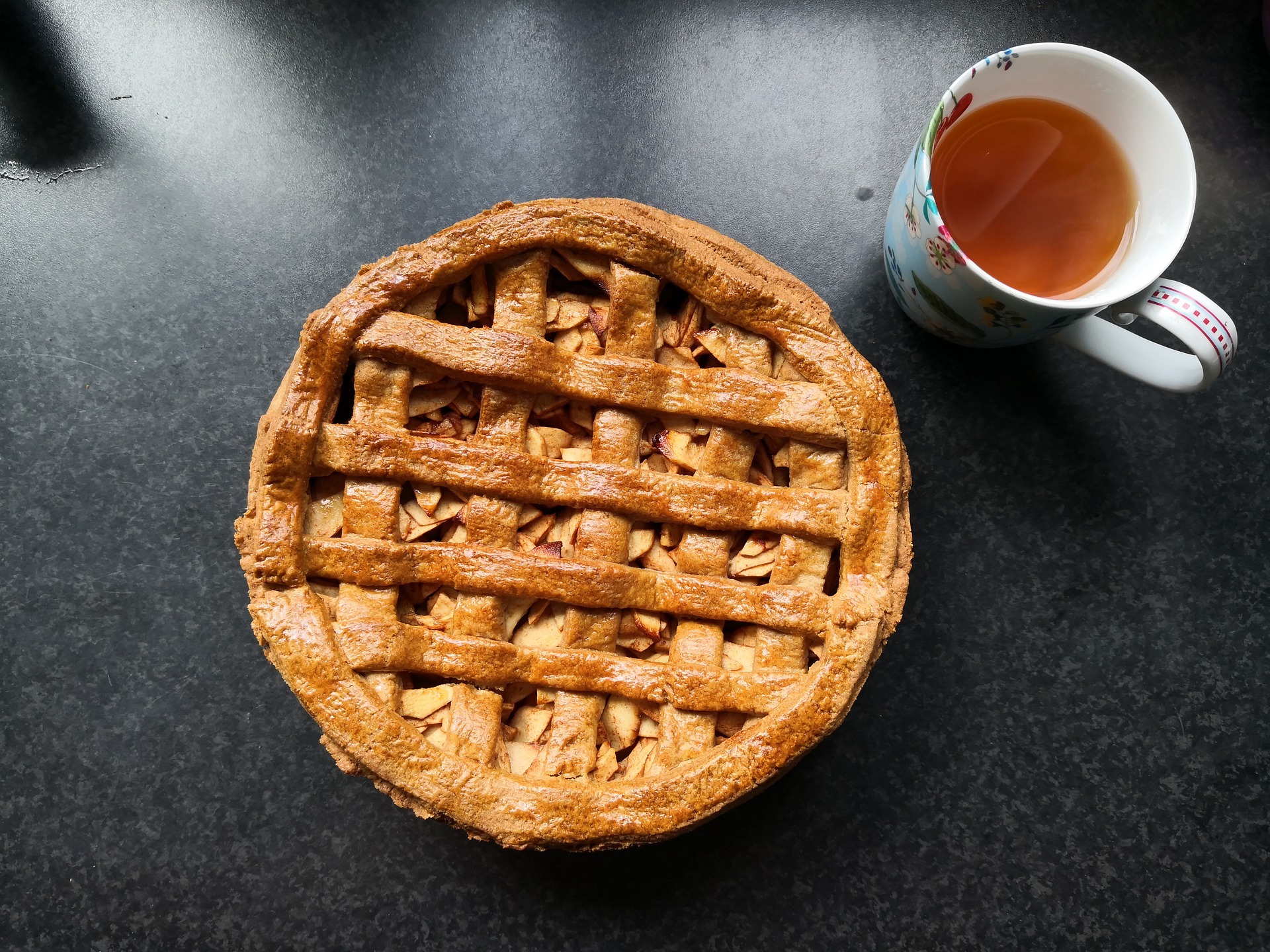 Method:
– For the pastry mix together the flour, sugar, and salt until combined. Cut the solid coconut oil into small pieces and add to the flour mixture until the it becomes sand-like consistency.
– Add in the ice water, 2 tablespoons at a time, until the dough forms a ball. Shape the dough into a flat circle and put in the fridge for at least 30 minutes to set.
– For the filling, combine all the ingredients and move it to the side until the dough is ready.
– Take the dough out of the fridge and let it rest for 10 minutes.
– Preheat the oven to 200 degrees celsius.
– Divide the dough into 2. Flour your surface and roll out one half of the dough then pick it up and gently press the crust into the tin for the bottom of the pie.
– Add the filling.
– Then roll out the second half of the dough and either place it on top and use a knife to cut a cross in the middle or create a lattice.
– Brush the pie crust with vegan milk and sprinkle with brown sugar. Cover the rim of the pie with a pie ring or foil to ensure that the crust does not burn.
– Bake for 50-70 minutes, or until golden brown, being sure to remove the foil after 30 minutes.
– Allow to cool completely.

– For the caramel drizzle, mix coconut cream and sugar in a sauce pan on a low heat.
– Mix until all the sugar has dissolved.
– Then leave it to simmer (do not stir) until it starts to foam.
– Scoop off the foam carefully and leave to simmer until the mixture has darkened slightly and until it’s reduced by half, then allow to cool until it thickens up.